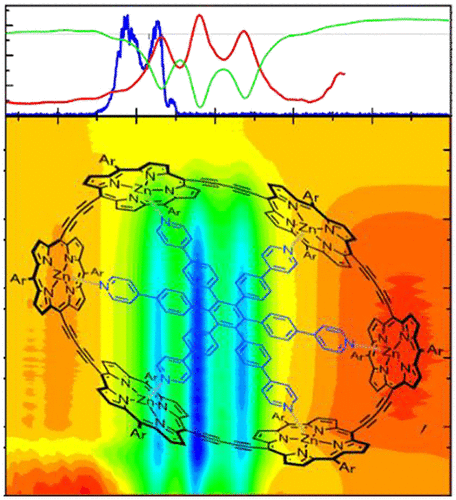 The design of molecular structures inspired by naturally occuring light harvesting systems has been intensely pursued over the last couple of decades. Interesting new structures include the π-conjugated porphyrin nanorings, which show promising features such as ultrafast excited-state delocalization, leading to suppressed radiative rates, superradiance with increasing temperature, and energy transfer times comparable to their natural counterparts. An important question to be addressed in such systems is the role and time scale of structural motions and how they affect excited-state delocalization. Here it is shown that porphyrin nanorings which are not rigidified by a template are structurally heterogeneous in the ground state and evolve dynamically on a tens of picoseconds time scale. In the excited state a structural relaxation of the porphyrin nanorings is observed on a picosecond time scale. Furthermore, ultrafast excitation delocalization is observed by anisotropy measurements, being insensitive to structural motions of the nanorings.